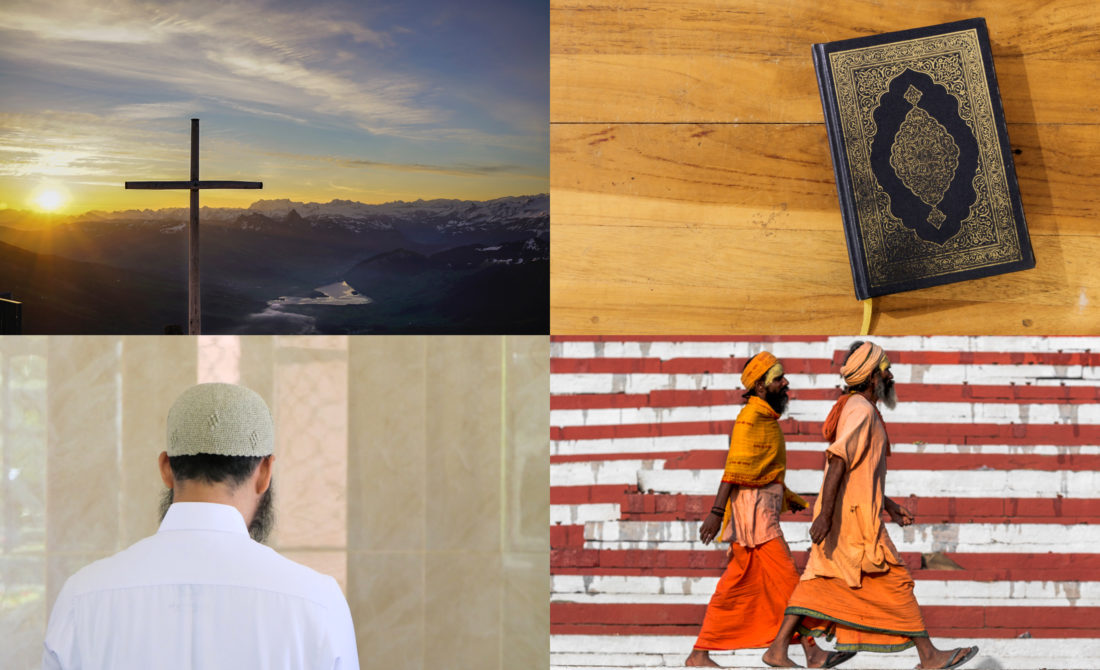 January 15, 2020 In All, Empower Thyself By Leonie Jordaan

I grew up in a small town where the sum total of spirituality was the church tower in the middle of the 3000 person town. I walked a path of religion to the full. Frustrated with many of the controversies, contradictions, limitations and frankly a lack of congruent, logical answers, made me increasingly frustrated with the offering of traditional religion as it was being presented to me. I continued to do what I felt was “right” until one day I found that I outgrew the fact that I had to keep on making excuses as to why my religion did not work for me or other people involved with it. I saw lots of limitation, heard lots of “no’s”  and “can’t do’s” . I definitely saw little empowerment coming from the practices of my chosen religion at the time.

By nothing short of a miracle (and perhaps a bit of destiny!) I found a path that gave me clarity, true empowerment, reverence and helped me to progress to the next level of myself. Not only did it change my life, but also the lives of every single person that I came in contact with and who I introduced to the path.

Even today, people still mistakenly think that by me choosing a different path, I renounced Jesus or God completely! If anything, I feel me relationship with Jesus, Buddah and God grew tremendously! I definitely don’t see myself as “religious” anymore but I feel that I can relate with the incredible compassion Jesus embodied, or the need to quiet ourselves and the mind, which Buddah brought to us! Buddha was GREAT at teaching us about letting go of attachments – pretty much what Jesus was also trying to tell us about! Without their guidance or example, I would have not been able to do anything I do today!

By walking this path – I get to first hand experience of what Jesus did. How can I not have respect and understanding for the choices he made? This is after all, the path that Jesus walked, before he was crucified and prosecuted by the Pharisees and Romans!  He was sacrificed by mostly ungrateful and prosecuting people – off course I will have more respect for the fact that he still chose to pay the ultimate price!

Do I believe that Jesus holds an incredible space for us between God in the Heavens and us as humans – for sure. But do I believe that every single person who has never heard of Jesus and “went on his knees to confess that he/she believes in Jesus” will “continue to burn the flesh from their bones for eternity”. NO. I can not for a minute accept that a just and all loving God will condemn human souls like that. And yes – I know John 3:16 very well. I also know what it truly means in the context of that time – and it is not that every person who goes on their knees and accept Jesus as Saviour will have eternity.  It doesn’t say those words at all. It says the ONLY WAY to God is through Jesus. What that truly mean lies hidden in ancient systems and information not given to the average church going citizen.

The Bible also famously says that those you think will be there will not be, and those who you don’t think will be there – will be? That is probably one of the most uncomfortable questions to a fundamentalist believer and I’ve rarely been met with a warm hug and cup of tea and ginger biscuits after that asking what that statement meant……

Do I believe that we are able to do what Jesus did and more? YES! It says in the Bible (in Jesus’ own words), we should be able to! Yet I mostly listen to people of great faith minimising themselves and doing anything and everything in their power NOT TO STAND OUT and excel in life!

I get asked if I believe in the Bible – yes I do – but not in the way most people do. I’ve learned to read it differently. Without the pollution of religion and people’s interpretation or revelation of what the “scripture means”.

Do I have immense respect for the Prophet Muhammad and Allah? Yes! Do I have an incredible interest in the powers and energies of the Hindu Gods like Ganesh (Elephant God), Lord Shiva, Lord Vishnu – Yes! I am fascinated about how their energy inspires whole nations to do good, not eat meat and not harm another!

Do I believe we can all learn from each other if we can stop being threatened by each other’s belief system? YES! Just because we have a difference in opinion we don’t have to hate each other, get emotional or not hang out together anymore! This I believe, is something that the human nature have not yet figured out. We are still scared and threatened by anything and everything that is unknown or different to us.

My advice is to approach all your friendships with a serious dose of curiosity and let the judgements go! You might learn more about Jesus’ true nature than what you expect! Same for Buddha, same for the Prophet Mohammed!