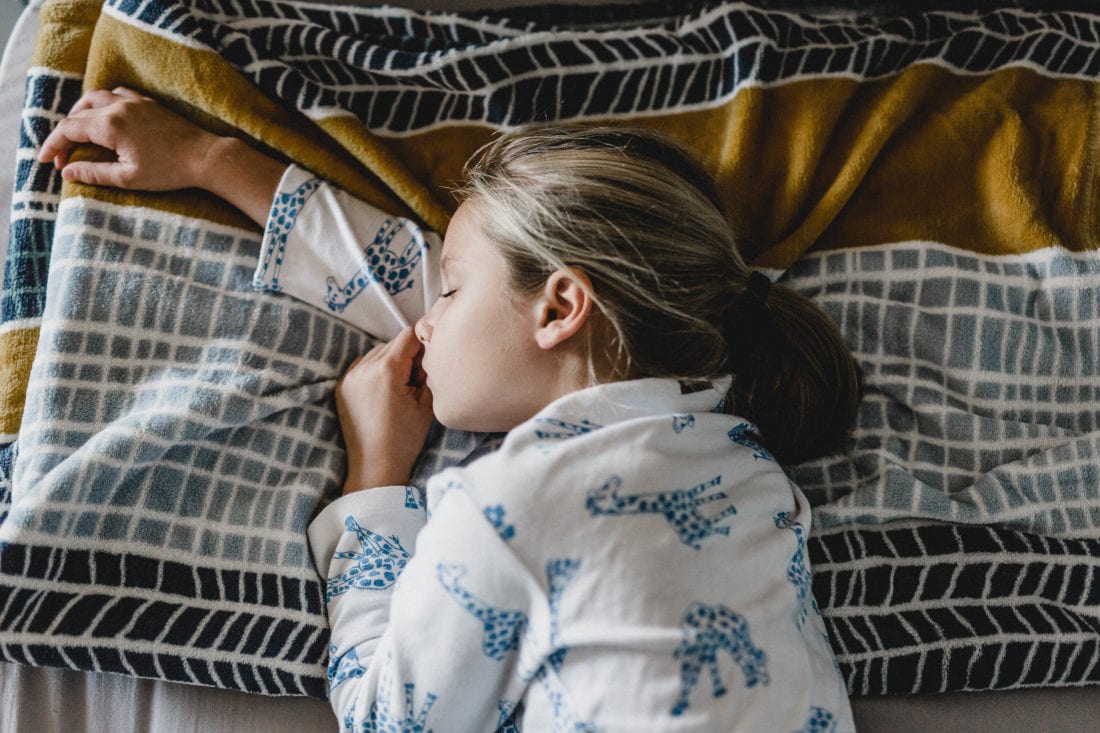 My husband and I decided that it was time to kick our 7 year old out of our bed. Literally. Following the advice of a well known medical nurse we adopted her notion that it is in order to co-sleep with your child until it starts to irritate you. Then it’s time to make a plan.  Another therapist suggested that we usher her into her own bed so that she can gain more independence. So, off we go to tell Mikyla that from now on, she can sleep in our room, but in her own bed or mattress next to the bed, whichever she prefers. The first two nights went along with long tears and lots of crying, pining and heart breaking screeches from her mattress (on the floor, right next to me)!   After 3 days of this experiment, I overhead a conversation between her and her Dad. Little clever madam attempts to negotiate that she can sleep in our bed every second night for the beginning, until she’s more “accustomed” to the new arrangement.  I started laughing and immediately granted the request. Why you say? You are taking a step back? Well, because I want my daughter to grow up with the idea that EVERYTHING is negotiable, debatable, changeable and adaptable according to how she wants it. Obviously without being rude, entitled and bratty.  I want her to know that if she puts her mind to it, she can do anything, she can change or influence any circumstances, no matter how cast in stone it may seem. I want her to continue to remember that she is the creator of her own reality and for that, I can certainly award her. I want her to follow her own voice and not be silenced by what everyone else expects of her. The fact that she recognised that she could swing the situation by mature negotiation tells me she is able to think outside the box, and how can I not recognise that?  She clearly does not fear rejection more than the promise that she might achieve her goal.  I have been silenced by many people in my life. Sometimes I blocked myself because I was too scared to even ask. I feared being rejected or hearing the word “no” more than what I was motivated by the 50% chance that I could achieve my goal. My daughter is by no means lawless, reckless and rebellious. She’s a kind and gentle optimist with a glitter in her eye and a wacky off beat taste in everything in life. Anyone who knows her can testify that she’s rather shy and timid. But her mind, her mind has me in awe so many times. She’s clever, she knows what she wants and she makes sure that is communicated in the most subtle but assertive way. I have no doubt that these skills will serve her in her life. She manages to shift people’s behaviour and thinking without so much as even lifting a finger. Her kind, gentle influence on her environment has taught me so much as a born Taurus. We tend to want to change everything by brute force and sheer power. But truth be told, that is exhaustive. A gentle smile and a kind word or simple request, can often achieve the same. Thank you for teaching me that. Mikyla. It also inspired me to understand God’s heart for me. I can sit and pine about everything I have and don’t have, or I can gently creep into God’s divine presence and simply share my dreams and desires. I’m sure He/She enjoys seeing the limitations lifted from my human mind, more than He/She sees a rebellious child wanting their own way.