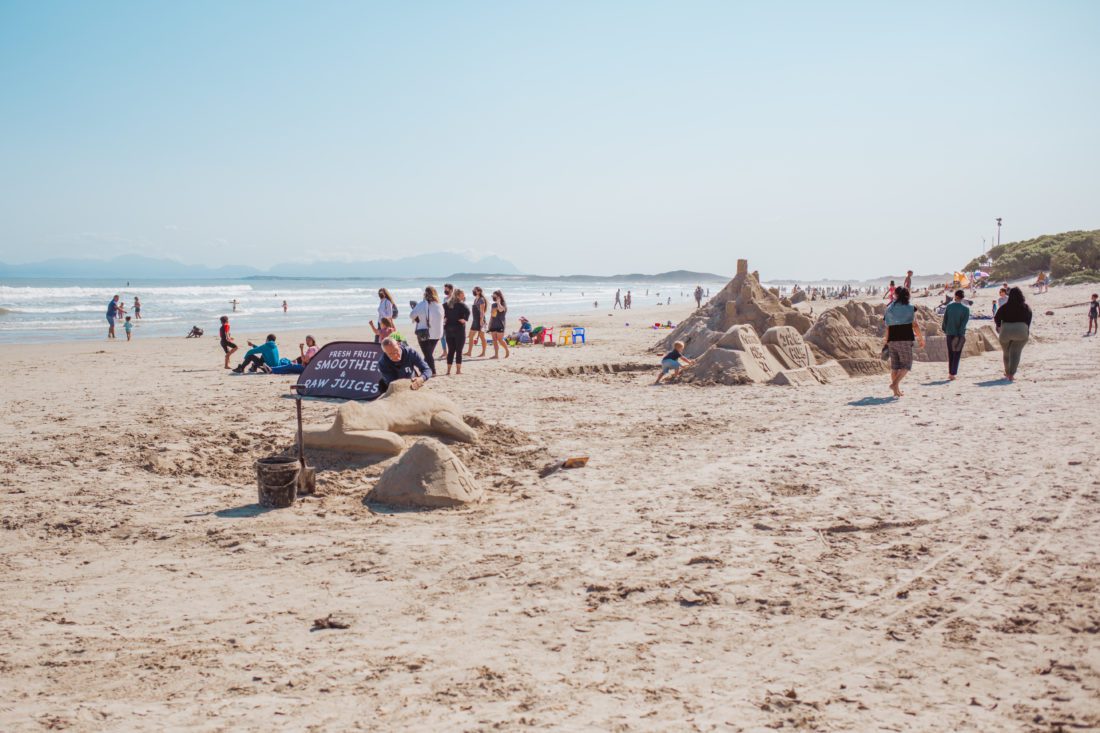 Today my family and I went down to the beach to enjoy a beautiful (somewhat warm) spring day! There was a chilly onshore wind and I wrapped myself tightly in towels while I watched a guy creating his version of a sand castle. Now the background to this seemingly “ordinary” scene is this:

Some time during or after Lockdown, the Strand beach got it’s own Sand Beach Art Creator. Quite spectacularly like the sand scenes created on the beaches in Brazil, this talented chap makes the most impressive sand art on a large scale. This guy named Innocent Zungu, returns to the beach every day, to use his artistic abilities to generate an income.  On the left side of him, another homeless person started to make his own version of “sand art” asking (not so subtly) for tips. His efforts was not as impressive and to top it, he was smoking and it kept blowing to where we were sitting and trying to have something to eat. Smoking is a big trigger for me. I just can not stand the smell, much less when I’m eating something and my family is around. Immediately I was upset and I felt myself going into judgement about this person’s life choices.

This made me think: here I was appreciating the artistry of Mr. Zungu and his ability to create something out of nothing and then into something else (the definition of Magick). I have to say I was quite impressed and inspired by this creator’s ability to make a plan for himself. But, in contrast to him, I was also looking at a smaller version of this work, created by another creator and judging him? That seemed a bit hypocritical right? Yes, the other person’s creation was maybe not as ambitious as I would like to be (it was a dolphin that didn’t really look like a dolphin), but it was still his creation and who am I to judge his best attempt to create his own magick?

Perhaps in observing other divine souls trying to create something in this world, we can have some appreciation for them trying. Yes, from our own point of view the person could be doing better, aiming higher and there is nothing wrong in believing in the person’s higher potential that you see. However, judging his learning, judging his efforts is not ok.

And that was my spiritual take away from what started out as a very physical exercise with my family!