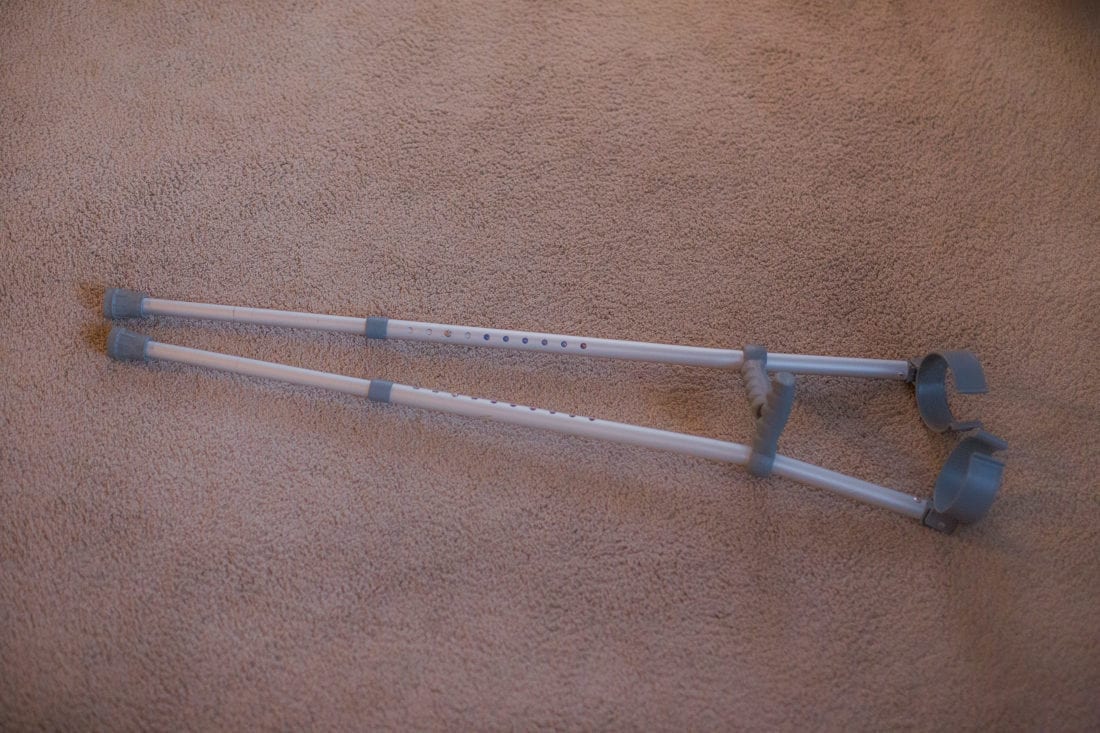 September 5, 2017 In All, Starting Point By Leonie Jordaan

A couple of months ago I broke my leg in a horrible swimming pool accident. The result: I spent my summer of 2016 in a cask and on crutches.  After the first operation, I could not walk for the better part of three months. After 16 years of marriage, my husband yet again had to carry me through the doorway of our house.  I was simply not strong enough to get up on my crutches.  After a week or two, I grew stronger and the crutches really gave me the mobility I needed to get basic things done.  Fast forward to Spring 2017 and post my second operation (to remove all things metal that was keeping my ankle together), I came home from the hospital and for the first two days, I used my crutches to get around.  After getting used to walking unassisted – it was pure torture to be conformed to the use of the crutches again. See, I had grown independent from the previous crutches needed.  Having to rely on them again, was like putting on dirty socks.  I almost felt a sense of disgust as it was a physical sign that I lost my independence AGAIN (albeit for a short while).

This made me think about the crutches we have in our lives. Crutches come in all different shapes and forms.  For some, it may be the obvious things like alcohol, cigarettes, medication etc. But have you thought of the more “hidden” crutches in life? While we may stand proud saying that we do not have any form of substance dependency, what about the other more “legal” crutches we all have?

Have you thought of the fact that crutches taking the form of:

Whatever you run to when you feel like you are not coping or you simply don’t feel like “dealing with this and that”. Start to track your patterns and behaviors. Who do I run to when things get a bit hot? Especially when it is something that I am well and able to deal with on my own? Where am I using someone or something to escape an important life lesson that I need to be learning, but I refuse to because I want to avoid discomfort?

So what is the difference between a habit and a crutch? To me, the one is the object or person you are turning to, the other is about you and the repeated choices you make. I challenge you to take some time to look deeper and to identify perhaps some of the unknown crutches you are leaning on. The question becomes around us being able to stand in our own power, unaided and unassisted. How much fuller and filled with potential will your life be without these crutches?  Once you get used to standing on your own, it almost feels disgusting to even pick up those old crutches. One day, when you’ve grown past the need for your crutches, you will (like me) feel so uncomfortable to even pick them up. After regaining the use of my leg the first time, it took me less than two days to discard my crutches the second time. Why? Because I couldn’t stand the feeling of having to use a crutch when I knew I was already healed and really did not need it anymore. It was a great landmark for me to see how far I’ve come in my healing. I took stock for a moment and I felt quite proud of my healing journey and what I have accomplished. I won’t be needing those crutches anymore, and pretty soon, I’ll be donating them to a local worthy cause. The Life Activation process can help you to awaken to your debilitating life patterns, it can help you to identify your crutches in life by creating an internal awareness of self.