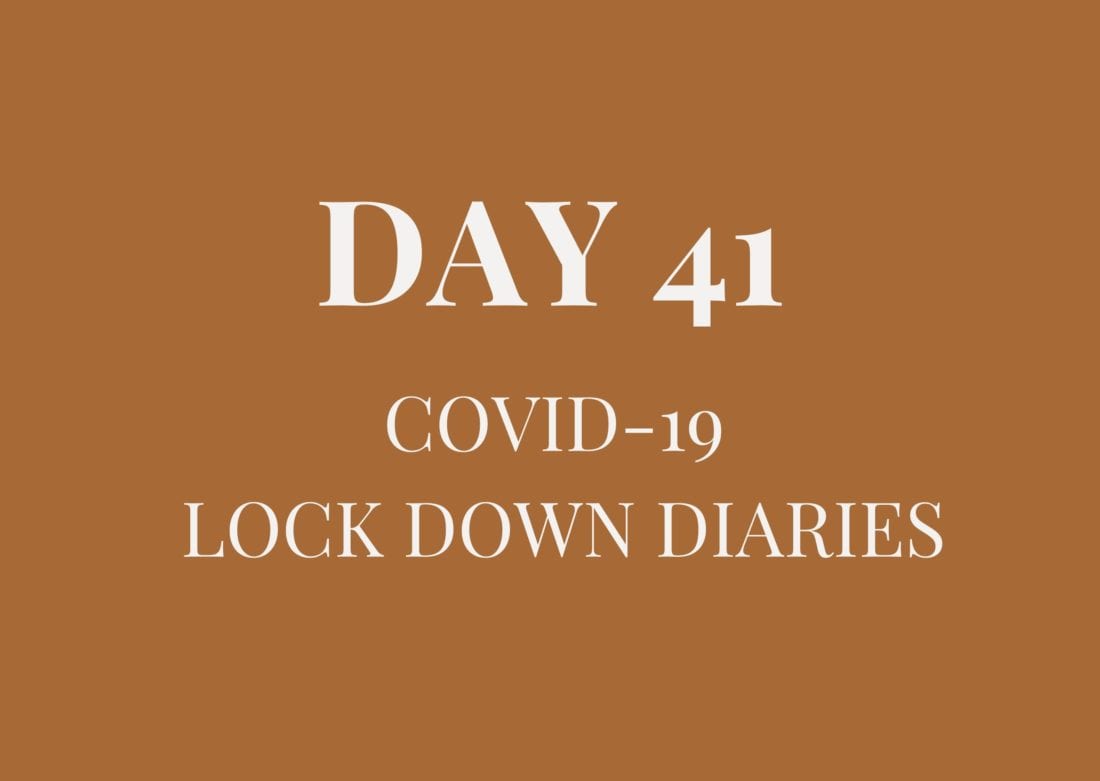 May 13, 2020 In Empower Thyself, Starting Point By Leonie Jordaan

We all woke up to a Government Gazette White Paper (proposed legislation up for public comment) that wants to dictate what we wear this winter. The regulation proposes that we can only purchase (amongst others), closed shoes and goes into very specific details about T-shirts that can and can not be bought. This, despite our president’s silence, for more than 20 consecutive days. Civilians do not know what’s going on. It is hard to plan pretty much anything, almost impossible to provide for your family, and people are getting more frustrated and hungrier by the minute. Resources are fast draining and we are playing with fire in a very flammable environment.

This is ludicrous for so many reasons – especially in light of the fact that the government is clearly taking the South African citizens for a magickal carpet ride. And instead of stopping the bus – we are yelping in excitement as we seem to enjoy the thrill of the fluctuating ups and downs of the flight. Never mind the fact that we are completely letting reality slip us by.

I hear outcries, exasperation, disdain, condemnation, disbelief and so many other expressions of anger.  Everyone is making a noise but no one is standing together and no one is taking action. No one is willing to be the leader. Because being a leader of change means you are putting a potential target on your back.  Now you might say: “why this kind of political post on a spiritual page”?

Well simply put: how we accept things in our inner world – is how they play out in the outer world. The South African government is mirroring or reflecting what is going on inside each and every one of us!

If we do not take action in our inner world – we allow abuse by our partner, boss, co-worker etc. Clearly – the majority South Africans are allowing that in person – because it is playing out in the bigger scheme of the nation. We can simply not ignore what our government is showing us. And as much as we’d like to point at “them”, “they” and “the other” – it is very much US.

As much as people are offended, exasperated and hungry, tired, disgusted etc. When they are talking about the government that has gone too far, I am looking at myself with the same disdain: how can I allow this! They are only in power because I did not make an effort to create change! Giving a political party my vote out of loyalty because you fear the same repeat of the past, will create this kind of scenario! This is how our negative ego catches us out all the time! And it’s showing on a national and global scale! It is showing that we are not doing our inner work as individuals. We are literally either infected with deadly viruses or we live in fear of getting infected by those viruses. Neither are healthy mental and physical conditions!

In Holland they do things differently. First, they vote for the political party and then, THE WHOLE NATION votes for the actual presidential candidate in the party! It is not concocted by personal agendas, financial interests and political alliances! This creates a situation where presidential candidates are much more accountable AND in service of the people because they know – without their votes, they will not be elected. And if your track record doesn’t show delivery – you are out!

We’ve seen the Zuptas, we’ve seen Nkandla, we’ve seen the fraud, corruption of billions – money meant to uplift impoverished communities, disappearing like mist!  We’ve had the public prosecutor investigate and expose. Yet, we did nothing! Now we are surprised that we are being constrained in terms of our attire?

What is next you say? RELIGION or your ability to believe and connect with Spirit – where and how YOU are in your journey. This was the same tactic used by the old Apartheid government. Religion (which is a very deep seated belief system – for which most people are prepared to die for), was used to manipulate people into believing they had the right to slavery, the right to superiority which lead them to believe they had the all the rights and another group (based on colour) had NO rights. We have to wake up, this is apartheid playing out on a much larger scale – only this time it sees no colour: just poverty and disempowerment.

And yet the nation is still not standing together to say enough. This is 100% our own fault fellow country men (and woman). We are allowing this. Through all the millions stolen by corrupt officials (and presidents) we did nothing. Still… we are not doing anything… just talking talking talking…. because we believe we have too much to loose. By sitting behind our keyboards we are achieving NOTHING. They don’t care – they are not reading any of it! They don’t care about your (or my) opinion! Why – because as an individual, we are not a threat to their collective power!

Like in any abusive situation you have the bully and the enabler. WE ARE THE ENABLERS of our hurt, restriction, lack, pain, dysfunction in our lives. If you are giving your abuser absolute power – they will use it! If you give your power away – you will be dictated to! Time to stop looking outside and blame. Time to blow the whistle, time to seek help, time to take back our own personal power. Time to take action and say “NO” more of this theft of my dignity! No longer will my wounds of my past, create and dictate what my future condition, circumstances and relationships in life will be. That is the only way the cycle of abuse will stop. That means healing, learning, meditating, introspection, knowing yourself – consciously dissecting the total of who and what you are and why you are where you are today. That means setting up clear personal boundaries and that usually mean conflict because the bully does not like it when the victim starts to stand up – they will test if you are serious about wanting the change!

If only half of South Africans today started this personal healing revolution, the state of the nation will change within days. From the collective consciousness we can wage a spiritual transformational war – without lifting a physical weapon, without shedding innocent blood. We have the power and the power lies within ourselves.