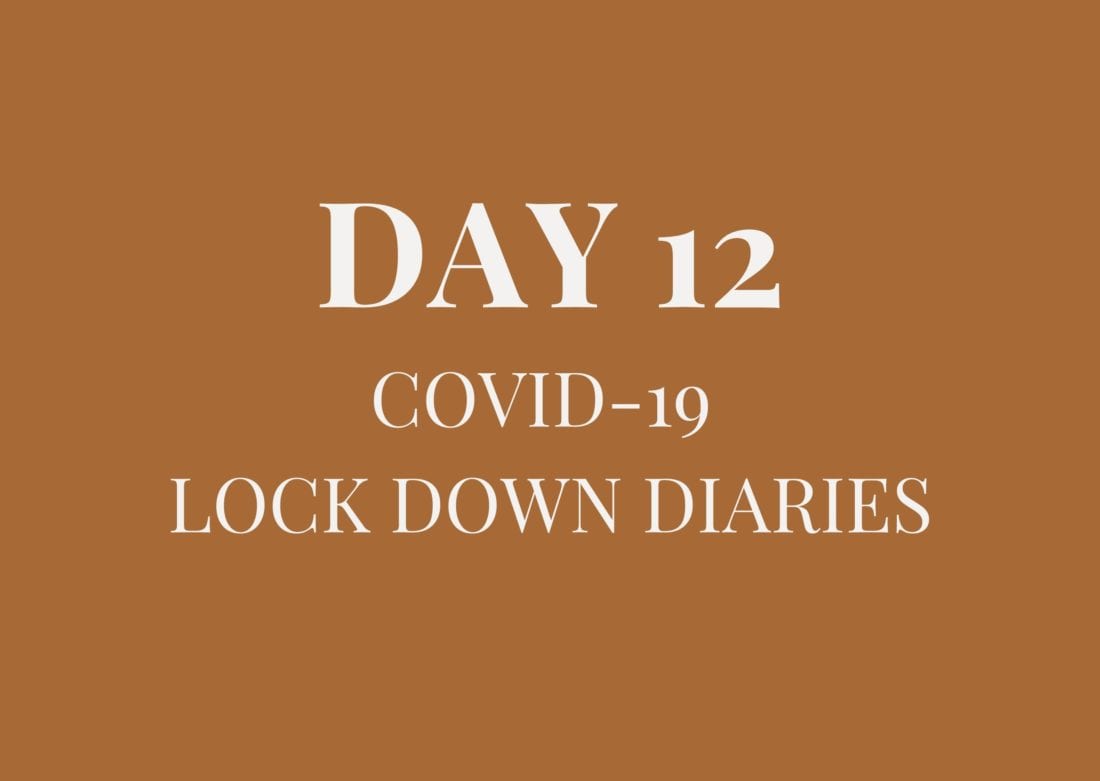 At the height or middle of the lock down, I can feel a shift, almost a gear shift if you wish. It is like the world is at it’s peak of in taking of breath – just about to slowly let go over the next 9 days.

I feel productive and able to construct ideas and concepts. I don’t feel like I’ve been sucked into a blind abyss anymore. Perhaps there is a way out.

I saw this piece today:

“South Africa might just get lucky – this might not all come to pass but at least there’s hope.

And then Covid19 happened. Our stock market collapsed. We’re now in a recession. We’ve now been downgraded. Before Covid19, Cyril Ramaphosa was bogged down in ANC political in-fighting, and Eskom was load-shedding every week. Cyril now has no political opposition, everyone is too busy scrambling to fight the pandemic. Eskom has stopped load-shedding thanks to the national lockdown easing demand from businesses.

But it’s also possible that Covid19 is the best thing to happen to SA since the 2010 Soccer World Cup. South Africa sailed through the Global Financial Crisis thanks to the state-sponsored infrastructure projects for the 2010 World Cup.

By some bizarre irony, our country’s ongoing battle against TB may just be lucky too.

It may just turn out that most South Africans are safe because it’s mandatory to have a Bacille Calmette-Guerin (BCG) vaccination when they are born to prevent life-threatening TB later on.

“We found that countries without universal policies of BCG vaccination, such as Italy, the Netherlands, and the United States, have been more severely affected compared to countries with universal and long-standing BCG policies,” noted the researchers led by Gonzalo Otazu, assistant professor of biomedical sciences at NYIT.

Sounds pretty hopeful. And the early evidence confirms it.

India, like Portugal, administers the BCG vaccine to millions of children soon after birth to combat TB (tuberculosis). And like Portugal, Indian has seen a much lower infection rate, especially when you consider the higher risk of infection due to cramped living conditions and poverty.

And yet the USA, where there are no mandatory BCG vaccinations, has the highest number of infections, in spite of the USA’s being is 4x smaller, 28x richer and 13x less populated than India’s.

Thanks to South Africa’s mandatory BCG vaccination policy, we may just be less affected than many countries in the world.

We may just be able to end the national lockdown, and re-start the economy.

Ending the lockdown will benefit SA in seven ways:

3. Cyril Ramaphosa can use the economic crisis as leverage to implement the much-needed structural economic reforms our country needs, without the ANC in-fighting that has previously hamstrung his efforts.

4. People have opened their eyes to the power of online education. No need to have the world’s best math teacher living in Butterworth. No need to print and deliver millions of textbooks. No matter where you live, you can have a world-class education (assuming you have affordable broadband).

5. Less flying and driving. Even the most hide-bound of executives have now been forced to telecommute. Turns out it ain’t so hard. Good for traffic. Good for the climate.

6. It means Eskom’s grid can take a breather whilst essential maintenance is carried out and IPP’s prepare for selling directly to customers, reducing our reliance on Eskom, ultimately creating a stronger and more resilient power grid.

7. It means the Moody and Fitch downgrades are pretty meaningless. Everyone is being downgraded.

Ending the national lockdown will be the best thing that our government can do to save our economy.

If the positive scenario pans out, South Africa will be the equivalent of a golfer hitting a duck hook into the water, ricocheting off a submerged rock, bouncing back to the green, and the ball coming to a rest three feet from the pin.

We may just be pretty damn lucky.

The whole world is in it together, but, by some miracle, SA might be the best place to be in it.”

So just by some stroke of luck – without knowing it, and with zero extra effort – we might ace this challenge called COVID-19 – or at least come off lightly, compared to other countries. Just perhaps. And while the real picture is unfolding, I will continue to trust that I am in the right country, at the right place, at the right time, ready to live, expand, grow, serve and learn.

I love the following: